One of the supermarket giants Tesco’s has plans to enter in to the home loan business. This comes as shoppers look for alternatives to traditional high street banks and building societies that are caught up in the global financial crisis.

Some research has shown that in the current climate many consumers are worried about the safety of their savings and mortgages with existing high street lenders. 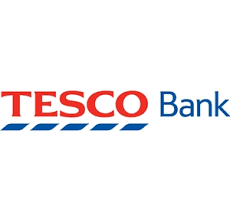 This sudden upsurge in interest has encouraged the retailer to further develop its ‘personal finance’ division, which at the moment only offers insurance and credit cards, in to a full service bank which will include mortgages, savings and current accounts.

Banks generally lose money through offering current accounts but they do allow them to form a relationship with customers, though which other services can be offered.

Tesco has one of the strongest marketing databases, gained through its clubcard scheme, so it will be able to target high net worth individuals who would usually go for advised sales.

David Hollingworth, mortgage specialist at London and County, suggests that Tesco “will bring more competition to the market” and he expects that they will be looking to price their deals fairly competitively.

Jonathan Cornell, head of communications at first action believes “because Tesco has a huge market share in retail, in time it could dominate the financial service sector”, however he still thinks this move from the company is good news for the consumer as it will offer them more choice.

Andrew Montlake, director at Coreco, adds that his “only concern is that it could be another way of selling mortgages with out any advice” and he suspects that many people who end up going to Tesco for a mortgage will be those who need advice the most.

Tesco’s new banking arm had hoped to launch their mortgages by December 2011, followed closely by their current accounts next year. However it seems they could be facing a severe delay as they have not yet received permission from the city financial  watchdog and therefore could be ‘bogged down’ by red tape for up to 12 months.

The financial service authority (FSA) has toughened up its rules in the wake of the credit crunch, which claimed high risk lenders such as Northern rock.

A spokesman for Tesco stated that “we are in the advanced stages of the regulatory process”.

The set back also emerged after more warnings that the mortgage crunch was entering a new phase.

High street banks are likely to become less competitive as they look to recoup profits lost from the credit crisis and with this in mind, Andy Higginson, Tesco’s finance director said “we have seen a return to more rational pricing and that would probably open the opportunity for us to enter in to the mortgage market”.

Although according to recent news, Tesco confirmed that its launch in to the mortgage market has definitely been delayed until early 2012. The company has decided to postpone the launch to ensure it runs as smoothly as possible and that its brand will not be tarnished by any future problems, especially following glitches in its IT system earlier this year.