A Rush to Beat The Stamp Duty Deadline

The Council of Mortgage lenders (CML) figures have suggested that buyers are attempting to beat the deadline to save money. With the average first time buyer property costing around £130,000; buyers typically stand to save £1,300. 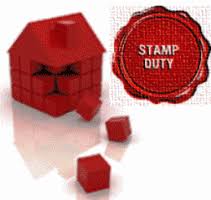 Figures from lenders have shown that the number of mortgages taken out by first time buyers increased in December 2011 as borrowers sought to buy before the end of the stamp duty holiday.

There is also a reported increase in the proportion of properties bought by first time buyers with in the exempt price band from 50% to 53% as they rush through purchases before the concession ends.

Paul Smee, the Council of Mortgage Lenders (CML) general director, said “we have been expecting a flow of first time buyers on to the market as the stamp duty ends in March”.

According to Connells survey and valuation, the first time buyer rush to beat the end of the stamp duty holiday has pushed valuations up by 43% year on year in January. Nevertheless, overall valuations were down 15% on December, which was the strongest month since 2007.

John Bagshaw, corporate services director of Connells survey and valuation stated that “there has been a strong uplift in first time buyer activity and in turn, this has unlocked activity further up property chains.

In light of this housing experts have been calling on the government to extend its stamp duty holiday.

Both the Council of Mortgage Lenders (CML) and the Royal Institution of Chartered Surveyors (RICS) have suggested that there are other factors which could have been driving the increase. In recent months many lenders have started to reintroduce 95% loans.

According to broker mortgage advice bureau, the number of 95% loan to value (LTV) deals currently open to first time buyers is at a 4 year high, with 59 deals available from 21 different lenders.

Michael Newey, the Royal Institution of Chartered Surveyors (RICS) housing spokesperson said “however, many problems with the market still exist and prices are still falling across most parts of the country”.

Eddie Goldsmith, chairman of the Conveyancing Association has said “it was not too late for buyers who wanted to beat the deadline, but time is running out. Buyers should make their solicitor and the property seller aware from the outset that they want to complete by the 24th of March”.

While the flurry of first time buyer activity is likely to subside slightly after March, the introduction of the governments NewBuy scheme may help sustain buyer demand in the longer term.

Story link - A Rush to Beat The Stamp Duty Deadline

Related stories to : A Rush to Beat The Stamp Duty Deadline