The economic environment still looks decidedly worrisome, what with the labour market on course to deteriorate rapidly in 2012 and the euro zone crisis also showing no signs of abating, the future appears very gloomy for the housing market.

On top of all this, it seems that there is also a significant number of people still finding it hard to get a mortgage and the is of course the threat that banks ability to lend to home buyers may be affected by difficult wholesale funding conditions. 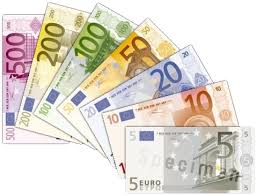 However, on a brighter note, according to figures from the Bank of England mortgage approvals in November 2011 were seen to rise to their highest levels in almost 2 years.

Many economists had forecast a fall in approvals for November 2011 to 52,500 from Octobers figure of 52,800. The data showed however that mortgage approvals actually rose to 52,900.

These figures represent the second monthly rise in a row and also the highest figures overall since around December 2009.

Andrew Goodwin, senior economic advisor to the Ernst and Young ITEM club, stated “we can derive some encouragement from mortgage approvals holding firm in November” he then went on to add “by that stage the escalation of the euro zone crisis had begun to exert pressure on the banking system, so we could easily have seen approvals slip back”.

Other economists have also welcomed these figures as they believe that in general they continue the trend of the past 6 months and therefore they feel that activity is gradually picking up.

However, Howard Archer, chief UK economist at HIS Global insight, insisted that “the modest rise in mortgage approvals to a 23 month high fails to mask the fact that the housing market activity remains very weak compared to the long term low and has been unable to develop significant upward momentum”.

Despite this rise, it seems that mortgage approval levels as a whole have remained significantly below the 88,000 monthly average since in 1993. Before the 2008 financial crisis, figures show that at their best mortgage approvals ran at around 90,000.

The number of loans approved for home owners wanting to re-mortgage had declined for the second month in a row in November 2011, these loans were at 31,154 the lowest since June 2010.

Net mortgage lending also came in below many experts expectations, they had forecast a fall to £900 million, it actually halved to £600 million in November from £1.2 billion reported in October 2011.

These experts now believe that the threat of a renewed credit crunch is likely to weigh down on lending in the coming months.

Samuel Tombs, UK ECONOMIST AT Capital Economics, added “we fear that approvals for new house purchases might soon start to fall as banks further restrict the availability. And raise the price of credit in response to the deterioration in wholesale funding markets”.

Some people believe however that predicting the housing market is ‘nigh on’ impossible, as how can anyone predict ‘stability’ for example.