Housing is central to economic success and for decades hose building has failed to keep pace with peoples needs. The recent recession has led to a catastrophic decline in the number of new homes being built. 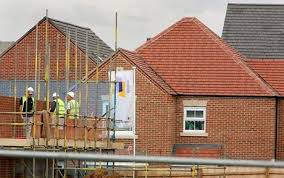 The labour party has said that the government have failed to get a grip on the housing shortage problem in their first year in power and now the situation has got worse in some parts of the country.

Research has shown that the UK is currently experiencing the lowest level of house building since 1923-24.

Experts have warned of a ‘crisis’ after figures have revealed that the number of new homes built has dropped by 6% on the previous year.

Campbell Robb, shelter, a homeless charity’s, chief executive, said “these figures will be a huge disappointment for millions of people up and down the country”.

According to the latest figures from the Federation of Master Builders (FMB) confidence in the UK’s building industry has all but collapsed, with only a mere 5% of small building companies expecting their work loads to increase in 2012.

Brian Berry, director of external affairs at the Federation of Master Builders (FMB), commented on this by suggesting that “market conditions in the building industry have not been this bad since 2009”.

Data shows that work loads in the construction sector have declined in each quarter up to the end of December 2011.

The House Builders Federation (HBF) has also said that the lack of mortgage availability since the 2008 banking crisis has been one of the ‘biggest constraints’ on new homes being built.

The government has already reformed the planning system to try to increase the supply of land available for development, it requires local councils to identify enough land that is ready for development in their local areas for at lest 5 years.

Building more homes is one of the government’s economic priorities and therefore David Cameron, the Prime Minister, has vowed to ‘get Britain building’.

Government ministers are to intervene to help kick start some of the 130,000 building projects that are estimated to have already been approved but delayed by funding problems.

A ‘get Britain building fund’ will see developers compete for a slice of £400 million to take forward ‘shovel ready’ projects which meet the right criteria. One of the criteria specifications involves a commitment to build affordable homes.

These initiatives aim to lead to 16,000 new homes being built which in turn would also provide potential work for around 32,000 people.

It is hoped that around 450,000, mainly ‘affordable’ new homes will be built by 2015, although the government has not set any specific targets.

The Chartered Institute of Purchasing and Supply (CIPS) chief executive, David Noble, stated “due to the current economic conditions, it may be sometime before we start to see the sustained growth the sector really needs”.